Helen and I just went to see the old Temple to Mithras underneath Bloomberg here in London. It was really cool! The temple is down two floors from what is ground-level in London now - so it is apparently at the same height as what was ground level nearly two thousand years ago. The place is very atmospheric.

Well, it looks like the Jetstream has fritzed out because the Artic is way warmer than it usually is at this time of year. It is an icy week this week in London. It was just snowing in Camden Passage!

Today we walked along the canal in London from Angel to Camden. We didn’t actually make it to Camden as they have blocked off the towpath just before Camden Town as they are building residential apartments along there. It was a lovely day (for winter). 10C and reasonably sunny.

I have been reading and thinking about the difference between being a digital nomad and being location independent recently. A digital nomad is primarily based around travel - seeing the world while working remotely. Location independence (to me) means that you may be based primarily in a few different locations in the world, and you set up your life in such a way as you are not dependent on one particular location.

END_OF_DOCUMENT_TOKEN_TO_BE_REPLACED

Last night we saw Stuart Lee at the Leicester Square Theatre. We were in the second row from the front. It was a really funny show! Stuart Lee was in great form. The only thing that was annoying was that I was sitting next to a woman who had been brought along by her partner, and who was obviously not into his brand of comedy.

END_OF_DOCUMENT_TOKEN_TO_BE_REPLACED

Last night Helen's choir - Some Voices - performed Romeo and Juliet at the Troxy in Limehouse. It was a superb show - really atmospheric and the music was excellent! The show was based on Baz Luhrmann's version of Romeo and Juliet. The audience was divided into the Montagues and the Capulets. The Montagues were wearing Hawaiian shirts - surf-casual dress. The Capulets were wearing red and black, with a more formal Spanish gangster look. We filed in to the Troxy in different queues depending on whether we were Capulets or Montagues. The choir sung songs based on the movie and there were actors and dancers performing key scenes. It was a true spectacle!

It seems that US GDP always seems higher than European GDP. A fact that US pundits always seem to crow about. It seems that there may be a reason for this (other than the fact that the US is a dynamic environment to work in). As Philip Greenspun reports on his blog, if health and education are privatized (as they are in the US), then there are some additional monetary of this reflected in the GDP numbers that are excluded in countries with socialized health and education programmes. A conclusion that Philip attributes to Piketty.

END_OF_DOCUMENT_TOKEN_TO_BE_REPLACED

The list of the top 50 bars in the world have been announced by Drinks International.

END_OF_DOCUMENT_TOKEN_TO_BE_REPLACED

Here are some amazing photos of London from photographer Jason Hawkes. London is such a beautiful city and an amazing place to live!
There's a new Banksy gone up on Newman Street (just around the corner from our flat). 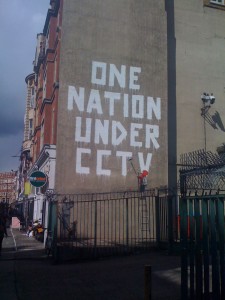 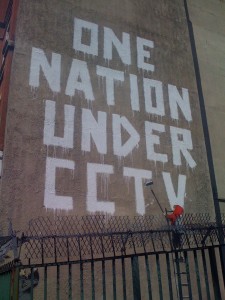