Last Monday we bought a house in Brighton. I wasn't sure it was going to happen. Genetically I'm predisposed to worry about stuff, and right until the last moment I was thinking of disaster possibilities. We were supposed to exchange contracts and settle at 2pm. We spoke to the vendors and they were saying that they couldn't possibly be out of the place before 2pm, so we decided to travel down by train and get there around 3pm. We got final confirmation from our solicitor that the settlement had happened at 3pm, while we were still on the train. We got to the house, and the vendors were still in the process of moving out. We grabbed some keys and went and grabbed something to eat. By the time we came back, the vendors had left and the place was ours!

Here is a talk about machine learning given by Jeremy Howard which is part of the Exponential Finance Conference series which is well worth watching: The Data Science Revolution (Jeremy Howard) - Exponential Finance 2014 from Exponential Conference Series on Vimeo.
Last night I was trying to print a camera lens clip that allows you to clip your camera lens to your camera strap. Unfortunately the clip for the strap wasn't wide enough. Fortunately the OpenSCAD files were included, and all the settings were in the file. It was simply a matter of changing the appropriate variables in the OpenSCAD file and then exporting the model.

END_OF_DOCUMENT_TOKEN_TO_BE_REPLACED

Yesterday my XYZ Da Vinci 3D Printer arrived. I had a really fun day setting it up and doing some test prints. The first print I made was the "key chain" print that is on the firmware. This created a rather lame "XYZ" logo that I assume you can attach to your keyring. 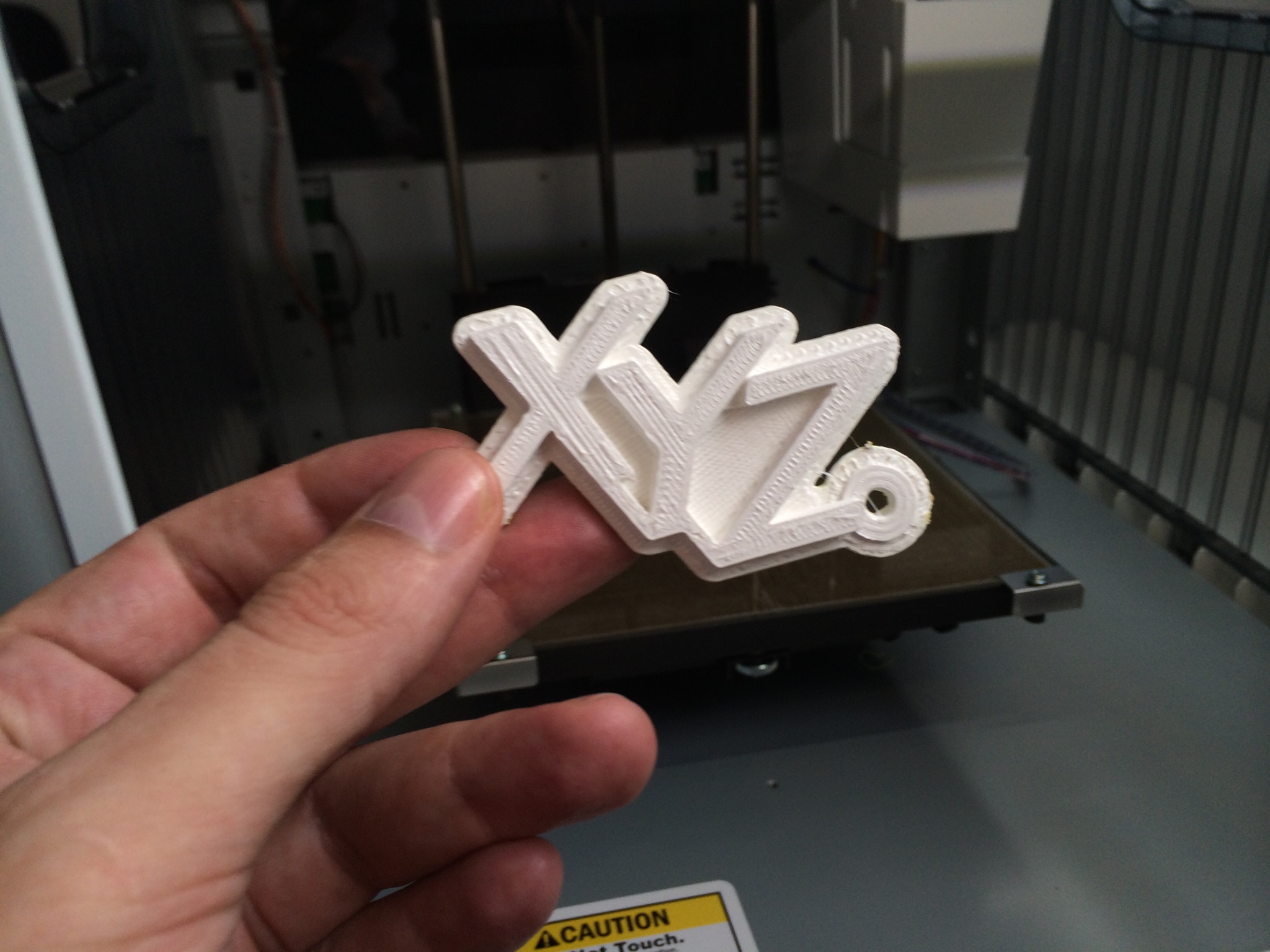 The CD that came with the printer only has Windows versions of the XYZ Printer software, despite proclaiming Mac versions as well. Fortunately, the software is downloadable from their website. Next, Helen created a model in XSI of an egg cup that looks like a bird's nest. She exported it to Blender and then we created an STL file which we then imported into the XYZ Printer software. The print for this took about 3 hours, and the results were less than perfect. The egg cup still looks pretty cool though. 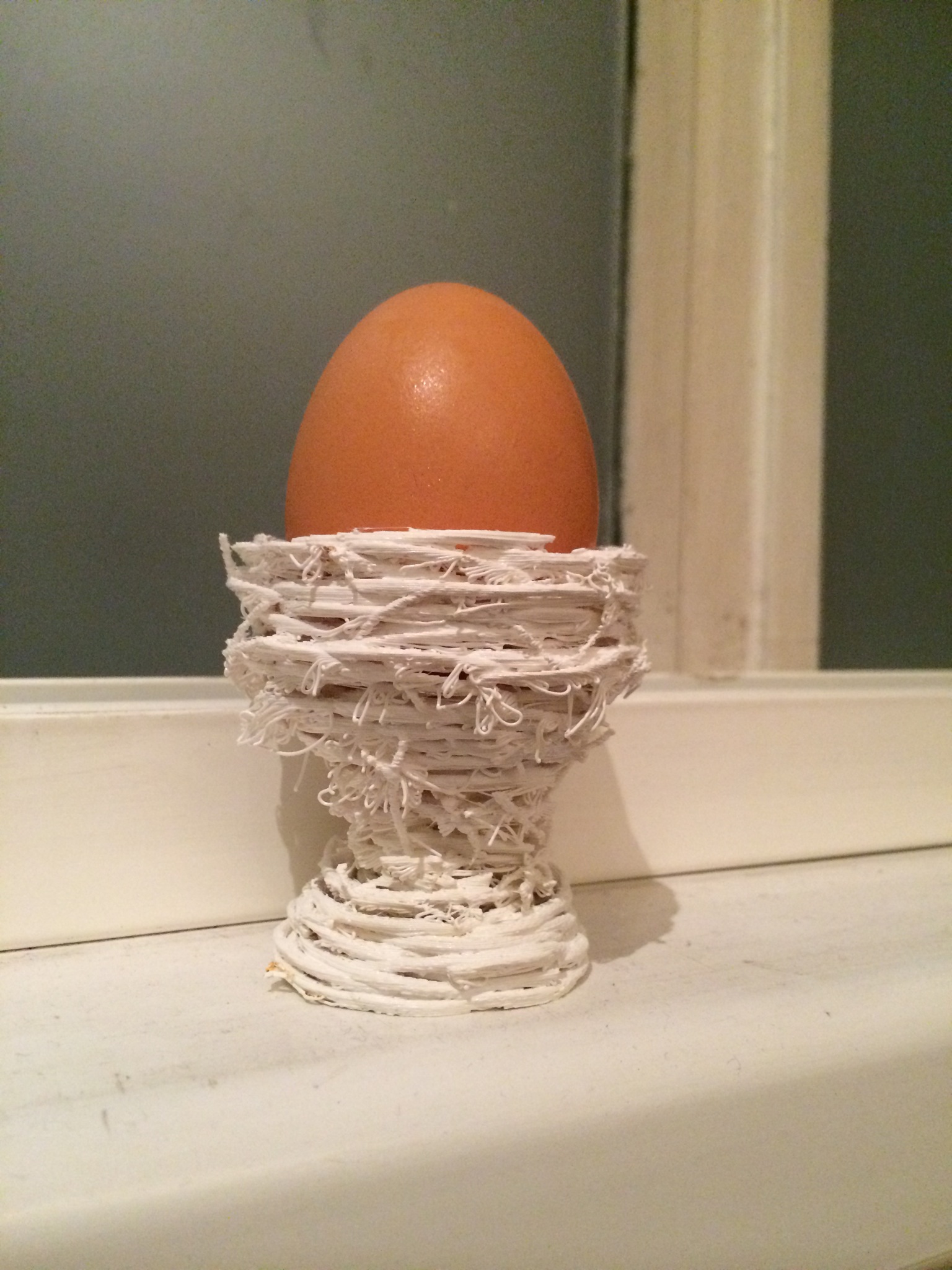 This morning I printed a 3D printed shell and ordered an Arduino so I could reset my filament cartridge as described here. 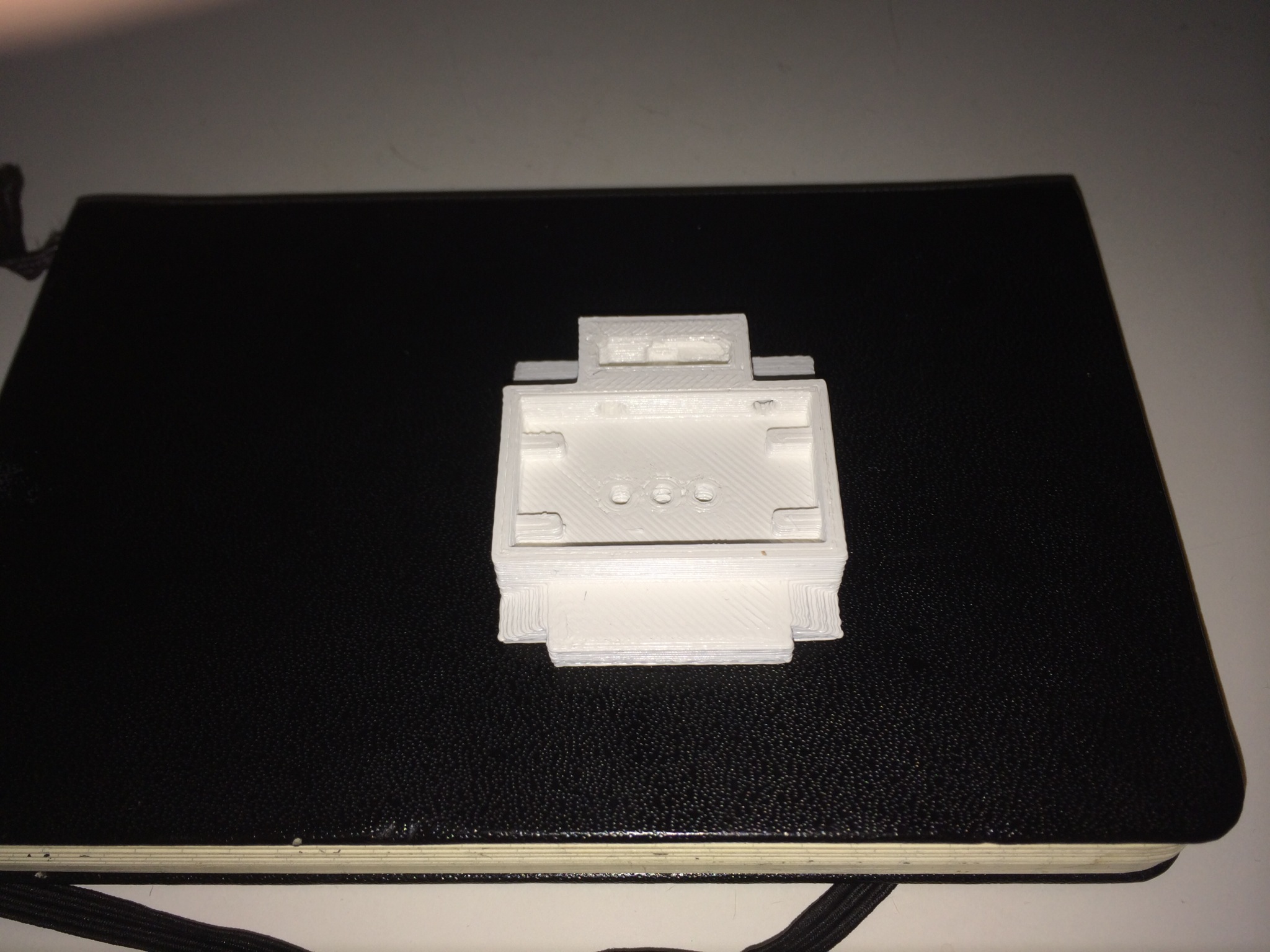 So far I'm pretty happy with the printer. It was pretty cheap at £500, and I've really enjoyed playing around with it. I'm keen learn a lot more about 3D printing, and I think that this printer is a great one to start with.